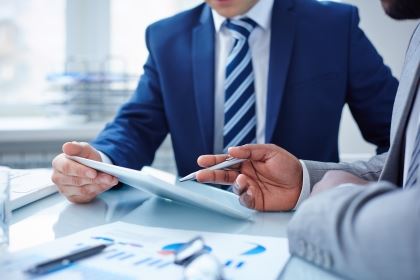 Regardless of what type of bankruptcy you decide to pursue, your ultimate goal is to achieve what is known as debt discharge. Discharge is often the beginning of your new financial future free of your past debts. Bankruptcy cases are normally closed once the discharge has been granted.

Most people file bankruptcy under one of two chapters of federal bankruptcy law, commonly referred to as Chapter 7, or liquidation bankruptcy, or Chapter 13, known as repayment plan bankruptcy. While the ultimate goal of both types of bankruptcy are debt discharge, each has its own discharge process with different pros and cons.

In Chapter 7 bankruptcy, many of the debtor’s personal assets are sold, or liquidated, and the resulting funds distributed to pay as much of the total aggregate debt owed to creditors as possible. The amount paid each creditor is determined by a court-appointed trustee. The trustee’s main role is to handle the liquidation and issue payments to the creditors.

Debts owned to creditors will be paid from the proceeds of the liquidation. Once those funds are exhausted and the court is satisfied that the debtor has paid all they are capable of paying, the judge will issue a formal discharge in the case.

What the discharge does is create a permanent injunction against any creditor whose debts were included in the bankruptcy settlement from pursuing any and all future debt collection actions against the creditor. This means than any portion of the debts not paid by the liquidation are considered null and void, the debtor is no longer liable for those debts, and the creditor can never again attempt to collect payment on those debts from the debtor.

Deciding which type of discharge best suits your personal position can help you decide which type of bankruptcy is right for you.

Deciding to file for bankruptcy is not a decision to be taken lightly.

Contact our experienced legal team today to see if bankruptcy is right for you.